What is OSI 7 Layers Reference Model

Here you will learn OSI Model Layer Introduction, an overview of the 7 OSI reference model, application, session, transport, network, and physical layers. If you want to remember the sequence of the OSI layers model name then the following two sentences can help you a lot for this purpose.“All People Seems To Need Data Processing”.

Open Systems Interconnection (OSI) model is developed by ISO (International organization for standardization) in 1984. OSI reference model is a logical framework for standards for network communication.

The OSI reference model is now considered as a primary standard for internetworking and inter computing. Today many network communication protocols are based on the standards of the OSI model. In the OSI model, the network/data communication is defined into seven layers.

These 7 layers further divide the tasks of moving the data across the network into subtask and hence complete one communication cycle between two computers or two network devices. Each layer is assigned a task and the task is completed independently. The OSI layers have clear and independent characteristics and tasks.

The 7 layers of the OSI models can be divided into upper and lower layers. I have defined the characteristics, tasks, and features of each layer separately.

The session layer establishes and manages the session between the two users at different ends in a network. The session layer also manages who can transfer the data in a certain amount of time and for how long. The examples of session layers and the interactive logins and file transfer sessions.

It also provides an error handling and connectionless oriented data deliver in the network.
Protocols: These protocols work on the transport layer TCP, SPX, NETBIOS.

The network layer determines how data transmits between the network devices. It also translates the logical address into the physical address e.g computer name into MAC address. It is also responsible for defining the route, managing the network problems and addressing.

The physical layer defines and cables, network cards and physical aspects. It defines raw bitstream on the physical media. It also provides an interface between the network and network communication devices. It is also responsible for how many volts for 0 and how many for

1. The physical layer also checks the number of bits transmitted per second and two ways or one-way transmission. 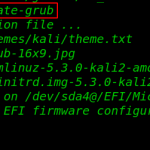 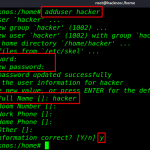 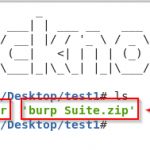