It allows a system administrator to interrupt the execution of a process (or process group) if the CPU/system load goes beyond a defined threshold. Here, we will learn how to use a similar tool called cpulimit.

Cpulimit is used to restrict the CPU usage of a process in the same way as CPUTool, however, it offers more usage options compared to its counterpart. One important difference is that cpulimit doesn’t manage system load unlike CPU tool

After run, the command got a root shell check with the id command 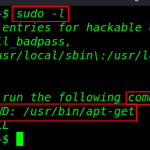 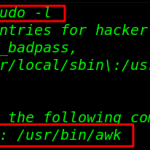